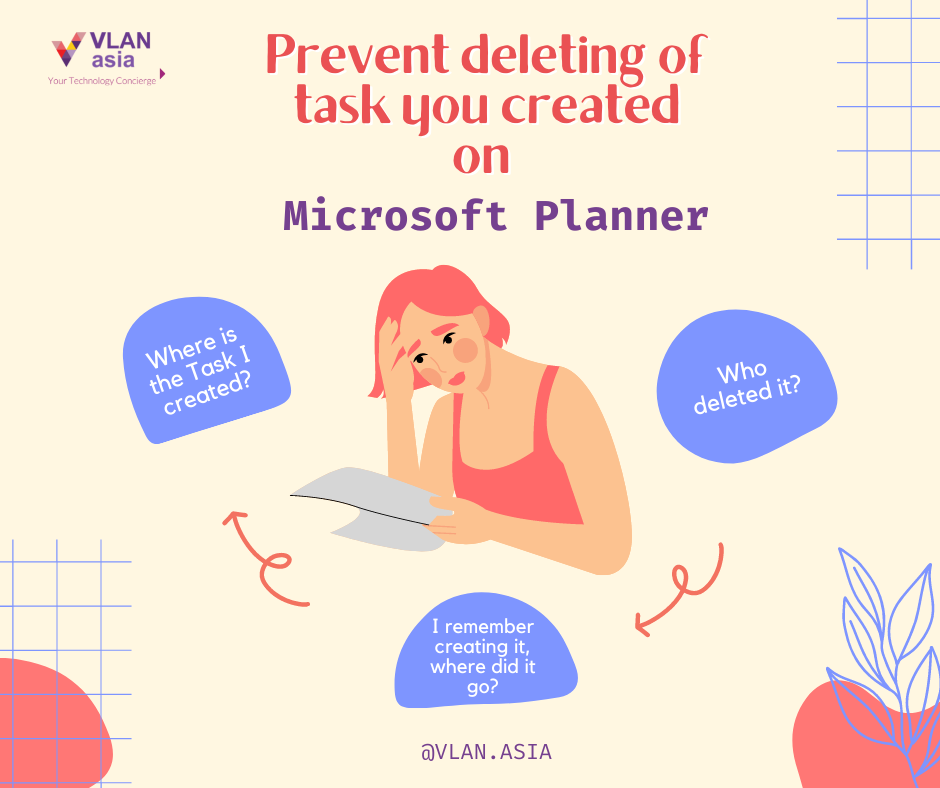 Planner uses the Microsoft 365 Groups membership model, which means that all group members share equal access to group services, such as group programs. The default therefore allows anyone in the group to delete any activity in the system. Lack of recycling bin, trash can, or other rescue solution to allow the planner to restore accidentally deleted tasks is one of the reasons why you want to control some of the removal tasks, especially in large and complex programs.

Until recently, I never realized that it is possible to block people who don’t create tasks from deleting tasks. But administrators can use the Set-PlannerUserPolicy cmdlet to provide an account blocking policy. For example:

The block works in all functions. There is no way to allow someone to remove tasks from all programs except a few selected programs.


To check user blocking status, use the Get-PlannerUserPolicy cmdlet:

If you want to set a blocking account for bulk accounts, a simple loop does the trick. This code uses the Get-ExoMailbox cmdlet to find all mailboxes for users and sets a block for their accounts:

What Happens user try to delete a job

Deleting from the Planner Browser UI first appears to be active at first (Delete option still available). However, after a short delay, the work returns when the planner realizes that he should not have allowed the deletion to occur. The re-emergence of a deleted job is kind of fun until you understand what’s going on.

The same thing happens with the board view of the Tasks by Planner app and Performance in Groups. However, when you use the list view, the application flags the error and fails to delete the function (Figure 1). 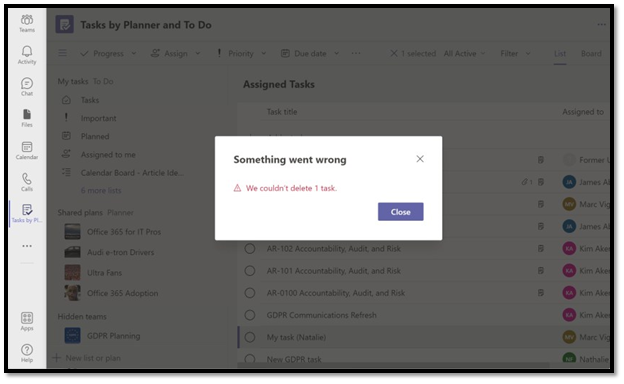 The longest delay between an attempt to undo an activity and a recurring task is in the Performance mobile client. This may be due to some sync delay. Initially, the removal task is active, but after a few minutes delay, the task appears again.